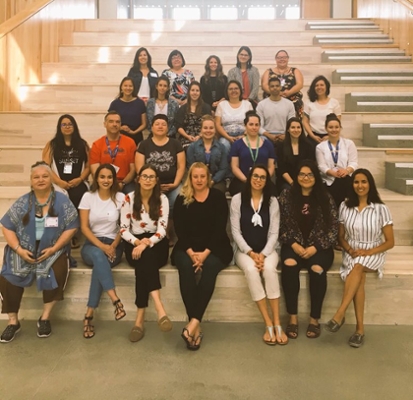 With its home base at Western University, IMN-Ontario is an interdisciplinary collaboration involving 13 research institutions in Ontario, including the province’s leading Indigenous health scholars and research centres. IMN-Ontario is governed by a sub-regional structure that includes Northern Ontario, Central Ontario and Eastern Ontario.

IMN-Ontario is guided by a Community Advisory and Elders Council, who support the program in its mission to serve community research needs and capacities.

Western University is situated on the traditional territories of the Anishinaabeg, Haudenosaunee, Lunaapeewak and Attawandaron peoples, who have longstanding relationships to the land and region of southwestern Ontario and the City of London. The local First Nation communities of this area include Chippewas of the Thames First Nation, Oneida Nation of the Thames, and Munsee Delaware Nation. In the region, there are eleven First Nation communities and a growing Indigenous urban population.

Western values the significant historical and contemporary contributions of local and regional First Nations and all of the Original peoples of Turtle Island (North America).